Clarity Counseling Seattle > Blog > 2018 had bad, but also a lot of good 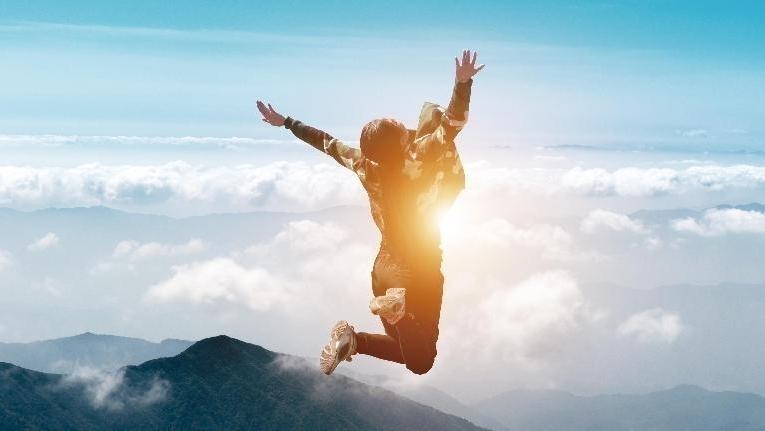 It's so easy to become mired in the things we hear about in the news that are inhumane, discouraging, or downright scary. It can be helpful to remember that, although they may not make the headlines, there are at all times good things happening in the world. Individuals, groups, organizations, even countries are performing some pretty inspiring and hopeful acts. To balance out some of the chaos and uncertainty of 2018, here is an excerpt from a CNN article called 2018 wasn't ALL bad. Here are all the good things that happened in the world (By Andrea Diaz and Christina Maxouris, CNN):

North and South Korea vowed to formally end the Korean War • Cuba announced a new president, ending the 59-year Castro leadership • Iraq had its first parliamentary elections since the defeat of ISIS in the country • Canada became the second nation in the world, after Uruguay, to legalize marijuana • Mexico is selling its $218.7 million presidential plane to use funds for poor communities • South Korea closed its largest dog meat slaughterhouse • Meghan Markle became the first woman of color to join the British royal family

The unemployment rate is the lowest since 1969 • The first Muslim and Native American women were elected into Congress • Texas elected the first openly LGBTQ African-American woman judge • Colorado elected the first openly gay governor in the US • Congress passed a long-awaited criminal justice overhaul bill • The Trump administration officially banned bump stocks for guns • Nevada became the first state with a majority female legislature • For the first time in Marine Corps history, a woman was in charge of an infantry platoon • New York and Virginia became the first two states to require mental health education in schools • A city in Georgia became the first to have its criminal justice system led entirely by black women

A woman gave birth to a baby after she received a uterus transplant from a dead person • The UK has exceeded UN targets for HIV diagnosis and treatment, proving efforts to control the epidemic can work • Researchers developed a 10-minute cancer test • A new Ebola treatment trial began • A new peanut allergy drug has provided fresh hope • A study found dogs can be a powerful tool in diagnosing malaria • Researchers found a way to lower your cancer risk • We learned new tips to help us live a decade longer

North and South Korea marched under one flag at the 2018 Winter Olympics • The Philadelphia Eagles finally won a Super Bowl • USA women's gymnastics won the team title at the world championships in Doha, Qatar • For the first time, a woman interviewed for an NBA head coaching position • A record number of minority and openly gay athletes competed in the Olympics • It took them over 40 years, but the Washington Capitals won the Stanley Cup • Atlanta celebrated its first title in 23 years

SpaceX broke records by launching 64 satellites into orbit • NASA's InSight touched down, and captured the first sounds of wind on Mars • For the second time in history, a human-made object reached interstellar space • A "Ghost particle" that traveled 3.7 billion light-years was found on Earth • For the first time, we were able to hear the sounds the sun makes • NASA's Mars lander used its robotic arm to take a selfie • Virgin Galactic's supersonic space plane soared into the upper reaches of Earth's atmosphere -- meaning the company isn't far off from sending tourists to space

African-American films showed up strong in Golden Globe nominations • "Crazy Rich Asians" and "Black Panther" led the way in diversity and inclusion at the box office • Princess Charlotte made history because her line of succession to the British throne won't change based on her gender • In case you were not keeping up, the Kardashian/Jenner clan grew by three • Boeing launched a business jet capable of completing the world's longest flight

So if you find yourself feeling overwhelmed or discouraged about what you hear people are doing to other people, it may help to remember this list. It can also feel reassuring to be intentional in simply looking around you during your day for examples of people trying to make things just a little better in small ways: some folks smile, say hello, make small talk when they don't need to, let a car cut into traffic who doesn't deserve it, hold a door. There are random acts of kindness, as we sometimes call them, happening all around us - sometimes we just need to notice.

Want to learn more ways to approach the world and your life in ways that include more gratitude and less fear? Feel free to reach out.

View the ADA Accessibility Statement
Turn on ADA Views
Any surgical or invasive procedure carries risks. Before proceeding, you should seek a second opinion from an appropriately qualified health practitioner.
Contact Us Today
Give Us a Call
Clarity Counseling Seattle - (206) 910-1218
Send Us an Email
Expanded Details View
This Patient's Experience
Loading Testimonial...
Loading Case...